Are you ready EMF EURO CUP?

There's less than 24hrs to go until the start of the EUROCUP so let’s take a look at the groups. 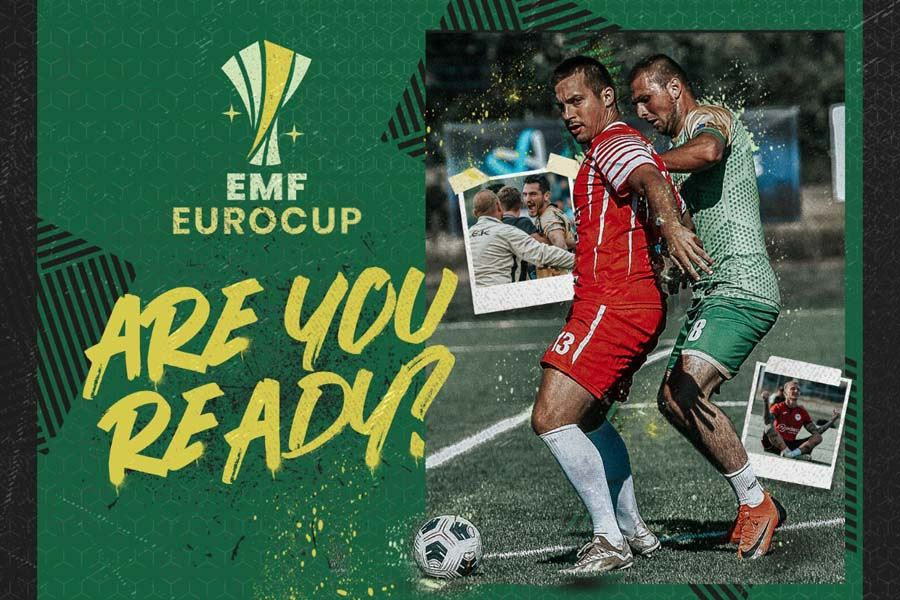 With 8 teams from Minifootball powerhouses, Romania and Czech Republic combined (4 each), there will be a representative of each of them countries in each group

Group A:
AKMF Stupovi will hope to continue the fine form of Montenegrin teams in EMF club competitions after 2 of the top 3 teams at this year’s Champions League were from there.
They will find Group A difficult though as they face a tough Ankier team from Poland as well as Royal flush from the Czech Republic and Romanian side Energy Friends who will get the competition underway when they kick off at 10am tomorrow, making up the group will be Virgin Pulse from Bosnia and Herzegovina.

Group B:
HNH Klausenburg (Romania) will take on BKMK (Czech Rep) in the opening game in group B on pitch 2. They face tough opposition from the likes of To-Day (Slovakia), Ben Dor (Isrsael) and home side Farao Butor (Hungary).
This has the potential to be the group of death so whichever teams escape from this group, will be amongst the favourites for the trophy.

Group C:
A very strong group that features the likes of Fekcentrum (Hungary) and Nova Vita (Romania).
Fekcentrum is the local team and will have passionate support but that won’t intimidate the teams from Plovdiv (Kamenitza Fan Cup) and Warsaw (KS Browarek) who will be used to the hostile atmospheres created by fans in their respective countries.
Completing the group will be RK Kafki from Olomouc, Czech Republic, who are definitely not there just to make up the numbers and will be hoping to at least make the knockout stages.

Group D:
Overwhelming favourites for this group will be FC Boromir, the team from Ramnicu Valcea in Romania are experienced participants in EMF club competitions and will be disappointed not to go far in the tournament this year.
Up against them, we have West Ham, named after the English Premier League team and even using a similar logo but will be competing out of Italy.
Home team Szilasi Es Baratai (Hungary) will be hoping to take the trophy back to the capital but Ostravsky Zabreh (Czech Rep) & Valter-Grbavci (Montenegro) will bid to stop them as they look to win the title for the first time themselves.